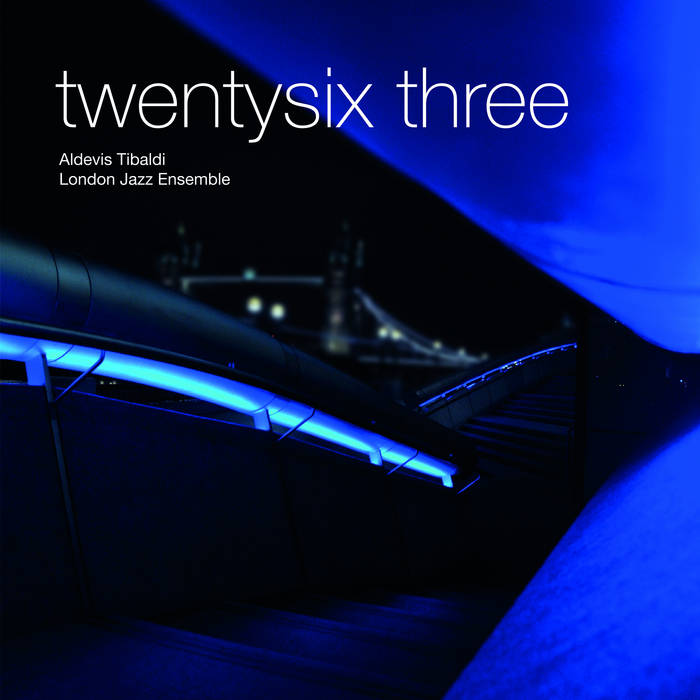 Accomplished playing throughout from Trieste-born saxophonist Aldevis Tibaldi (who lived in London for more than 15 years) marks out TwentySix Three. Added to that there is some fine trumpet playing from former Loose Tubes man John Eacott, supported well by trombonist Paul Taylor, pianist Liam Dunachie, bassist Richard Sadler and drummer Chris Gale (they all go by the name of London Jazz Ensemble). Tibaldi's own composition Hunting Goose is enjoyable and they offer an interesting take on Charles Mingus’s Weird Nightmare. The album was done live in one take and the analogue equipment used in the recording gives it a vibrant feel. MC


It was one of those lucky moments when all the cards just seemed to fall into place. I had been invited to the sessions that begat these recordings.
A tall Victorian villa in the Richmond suburbs of London hides one of the most remarkable recording studios that I have ever been in. Owned by a successful songwriter it is an Aladdin’s cave of the most desirable valve and vintage recording equipment and it gives me enormous pleasure to know that somewhere somehow this stuff is still working its magic.
But these notes are really about the music; the equipment was just there to listen to and then write down the sounds that The London Jazz Ensemble made. And boy, what a sound.

I could review each track in turn and risk prejudicing your opinion. Who was it who said that talking about music is like dancing about architecture? What I would like to convey is the unbelievable talent of the band. Urban, cool, sophisticated, New York, the fifties, London, the here and now, a lightness of touch and the committed dedication that a lifetime devoted to the study of your instrument can bring. With passion.

After a successful take, and there were only ever second takes at most, the band would troupe into the control room to check that Pierre-Olivier and his glowing vacuum tubes had faithfully captured the sounds that they had all just heard. He had and they had. Listening back to these recordings you will be transported to the feelings that these men summoned at that moment in that studio. It is like listening to one of the great old stateside recordings. Miles, you know. And believe me, it really is just like being there.

The arrangements are sometimes sublime and subtle. Sometimes powerful and strident. Always beautiful. They are a testament to the skill of Aldevis that his charts show the same mastery as those of Duke Ellington. Or the Count. Maurice Ravel. Or Igor. Simpatico. This is serious music. The original compositions, all by Aldevis, take their rightful place in the lexicon of jazz and they live and breathe with ease. It is a beautiful confection. Each instrumentalist takes his turn to be free, too. These six players are right at the top of their Art. I guess that if you are reading this then you already have a copy of these tracks in which case put this down, close your eyes and let Aldevis, Chris, John, Liam, Paul and Richard take you to places that words don't reach.

All compositions by Aldevis Tibaldi

Recorded at
State of the Ark Studios, Richmond, London

Dedicated to music creators, sound generators, and curious collectors of any genre, everywhere.

A demo. An improv. A one-off. Undiscovered treasures and unpolished gems. Remixes. Remasters. Your own personal releases. Always real and always raw. Join our eclectic community-based emporium of audio heroes. If it’s in your head, here’s where you set it free. ... more